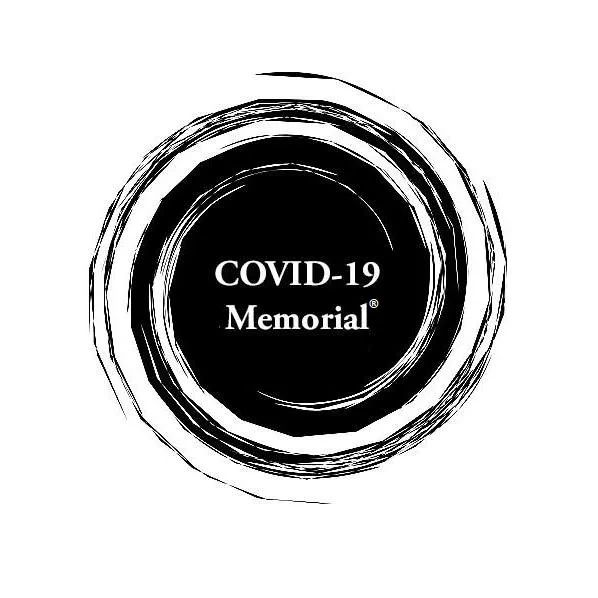 There's much to see here. So, take your time, look around, and learn all there is to know about us. Please have patience with us as we develop the site.

Our Motto: Honor Everyone

Lucinda created the COVID-19 Memorial in 2020.   She saw a need to put a face to the statistics and remind everyone that behind these numbers was a loved one.

She has used her knowledge of business to launch CV19M.  With a background in wholesaling diamonds and gold in her early years of employment, to moving into the film industry and working with some of the biggest names in the business to moving into the corporate world for a few years when she finally found her passion in advertising and marketing.  She continues to work in the advertising industry by creating campaigns and producing commercials for print, streaming, and TV for her clients.

Her extensive background in volunteerism goes back to her childhood when she helped her mother raise money for the March of Dimes charity and many more over the decades.

She was hired as a contract employee at the Shoah Foundation at Universal Studios to assist with a fundraiser hosted by the legendary American sculpture,  Dale Chihuly and when her contract expired, she volunteered there because she saw the importance of recording history.

As an adult, her ongoing dedication to humanity and the planet is not limited to the charities listed below. She  raised money for a variety of organizations, and continues to raise money for important causes:


Her passion is education, science, history, the planet, environment, animal welfare.  But most of all family and friends are the most important part of her life.

She brings a myriad of tools that will be useful in keeping the memorial on target, and a new outlook on how to start the healing for the survivors. Marina will be producing the family stories on video for the archives and the website so that everyone visiting can hear touching words from the survivors.

As a successful publicist, she is at ease in speaking to strangers. She will be responsible for producing the videos for the archives.

As the former wife and personal manager to actor David Carradine (8 Dec 1936 – 3 June 2009), Marina was responsible for resurrecting his career, which culminated in Quentin Tarantino’s hit film, 'Kill Bill.'  They divorced shortly there after, and from the emotional trauma of the divorce, Marina created a jewelry line of empowerment pieces and she named the company ‘The Flying Goddess’ (TM).

In 2012, Marina launched her own PR firm, ‘The Media Hound PR’ and represents many notable public figures.

Marina's passions are helping animals, and is an advocate for domestic and wildlife protection.

Marina has been a board member since launching of CV19M in 2020.

After working for 20+ yrs. for the State of California Richard retired and now enjoys spending his retirement in the service of others.

When asked why he wanted to be part of the COVID-19 Memorial, ina his own words -- “When Lucinda called and we discussed the idea of creating a Covid-19 Memorial I didn’t hesitate to say yes.”

Richard’s persona passion is as a magician and is an active member of the Magician Member of the Magic Castle in Hollywood where he has proudly co-hosted numerous two-day blood drives – even in the middle of the pandemic, he managed to help bring in a record number of donors to save lives with he much needed blood sources. Richard continues to remain active in their community out-reach of collecting blankets for the homeless.

Some of his passions besides the magical arts, is mentoring young magicians, education, the environment, animal welfare, theater arts, photography and of course my family and friends and his cat Ms. Taz.

COVID-19 Memorial is the only worldwide archives focused exclusively on memorializing all those lost to the COVID-19 pandemic.

The COVID-19 Memorial runs the world’s official memorial, as well as lifesaving education in collaboration with its global network of members and partners working to 'Honor Everyone'

Dayna’s passion in life is to create positive change by helping others that led her down the path of creating fundraising events with meaning.

She has spearheaded successful fundraising events as well as organized and executed many other specialty events for organizations but not limited to:

Dayna holds a BA in Liberal Arts from the Florida Atlantic University.  Her educational passion was writing which stemmed from her Grandfather, a Holocaust survivor. Before he passed, he instilled in her the love of family, the power of the written word, and importance of education with a focus on preserving history.

Dayna is a single mother to her beautiful son and says “if there is anything I could leave behind in the world or instill in my son to learn that life is about perspective, and that the blood of past survivors’ courses through his veins. We can keep the memories of our loved ones alive and create our own path forward by honoring the good they gave to us while helping those who are in need of remembering the same of their own loved ones who are gone too soon.

Dayna has been a board member since launching of CV19M in 2021.

Amanda has been involved in creating opportunities for students and newly minted immigrants through a variety of programs in New York.

While still in high school she participated in several intern programs that allowed her to be exposed to the inner workings of different industries and has worked for start-ups to Fortune 500s.  She eventually settled into the comic book industry and quickly moved her way up into marketing and management.  She was helping to develop a clothing and home goods line when the coronavirus pandemic hit, and the company she worked for put the project on hold.

As a New Yorker, when Lucinda phoned her and shared the idea of creating a memorial for those lost,  she didn't hesitate to say yes.

Amanda is in charge of setting up interviews with families for the video archives as well as screening with new hires.

Her role in the memorial will continue to grow and develop as she takes on more responsibilities in over the coming weeks and months.

She has been active in fundraising with charities that include children, environmental issues, and wildlife.

Her passion is gardening and being a mentor when asked.

Amanda has been a board member since launching of CV19M in 2020.

Gretchen started archiving family histories when she was a child after falling in love with a project she did for school in 9th grade.  Instead of heading off to college right away, she flew to visit the home of her ancestors and began recording stories about her lineage.  After a year abroad, she returned to the US and took some film courses, and began archiving stories from friends and she eventually invited strangers to talk about their family history.

Her ethnographic passions are second nature to her, and when the COVID-19 Memorial was created, she reached out and asked how she could be part of the team.

There is a special skill in recording history, and she has managed to turn video archives into an art form. She will bring to the CV19M memorials, a touch of love, compassion and joy from the families sharing stories on film.

Applicants are currently being interviewed.

Bio to be completed upon hiring.

Our mission is to memorialize every victim of the COVID-19 pandemic around the world.

We know this is a large project, but it must be done and nobody should just be a statistic or piece of data. There is a human being attached to that data, and they were loved.

COVID-19 Memorial believes in 100% transparency an will be posting our statements once filed online.

We are in the process of being listed here:

Your contribution will help us maintain the memorial and archives for generations. We are very grateful for your generosity.